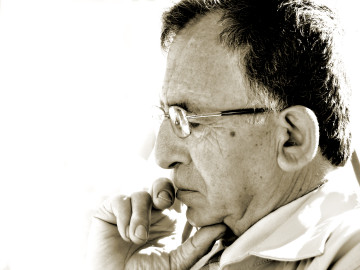 A physician’s monthly payment from the Ministry of Health is made up of two main parts. The first part is derived directly from the claims that OHIP pays.  The second part involves the various adjustments that the MOH makes.  Some of these adjustments increase the amount of the deposit (e.g., age premiums, anaesthesia premiums) while others decrease the deposit (0.5% OMA Reductions, OMA Dues).  All of this information can be found in your remittance advice reports, with the breakdown of adjustments listed in the OHIP message.

There’s one adjustment that can be frustrating for physicians and their billing companies: Estimated Payment – Unprocessed Claims. There are certain circumstances, explained below, during which the MOH is not able to process all the claims they receive for a particular physician.  When this is the case, the MOH will usually advance an amount of money to the doctor to ‘cover’ the claims they were not able to process.  This advance is not a dollar for dollar advance but rather about 90% of the amount of outstanding claims. What makes it frustrating is that it’s never clear why the claims are not processed.  That said, there seem to be three  reasons why claims go unpaid and money gets forwarded.

If the ministry’s internal cut-off is the 27th of the month and they receive a batch of billing on the morning of the 25th, it’s possible that the claims assessor will not be able to review the claims fully.  This situation will often lead to an advance for unprocessed claims.

2. Claims that are complicated or in conflict with the Ministry’s billing history

When billing is potentially in conflict with claims already on file with the Ministry, or in situations requiring significant attention by the claims assessor due to the complexity of the billing, the MOH will often provide an advance giving extra time for the assessor to review the claims.  This is particularly true for complicated specialities like cardiac surgery or neurosurgery, or when claims are submitted for manual review.

3. Claims received by assessors who are not available

Over the past several months, we’ve had many advances for our doctors registered with Mississauga District Office because they’ve just amalgamated with Hamilton District Office.  Unlike most advances which get resolved the following month, these advances have lasted through several billing cycles.  It turns out that this transition for the claims assessors from Mississauga to Hamilton has led to early retirements and extended absences for staff.  This, combined with the logistics of the move, has created a backlog of claims, resulting in advances for many of the physicians registered with Mississauga’s D.O.

It’s important to remember that the advance is a good thing.  First, it means that while the claims assessor is still considering the claim, the doctor is not going to be ‘out of pocket’ by much.  If the claims assessor is looking at $4000 in claims and needs extra time to consider them, an advance of $3500 or $3600 will occur.  Second, an advance means that OHIP has received the claims in good order and they have not been rejected due to version codes or other problems.

The other thing to remember is that, the month following the estimated payment, the MOH will process the outstanding claims and take back the advance.  This adjustment will be called “Recovery – Automated Estimated Payment” and will match the previous month’s advance. In the rare situations when the MOH needs even more time to figure out payment of the claims, the will take back the previous advance and issue a new one.

How Estimated Payments and Recoveries work

Here’s an example to illustrate how a physician’s payment is made up over the course of three billing cycles:

Finally, in January, despite submitting only $25,025 in new claims, $33,575 was paid because the Ministry of Health now processed all of the older claims.  Because these claims were now dealt with, the Ministry recovered the previous month’s advance of $8500 bringing the overall deposit roughly in line with the amount submitted for that month.